Electric Sports Car Lights Up The Big Apple in 2010 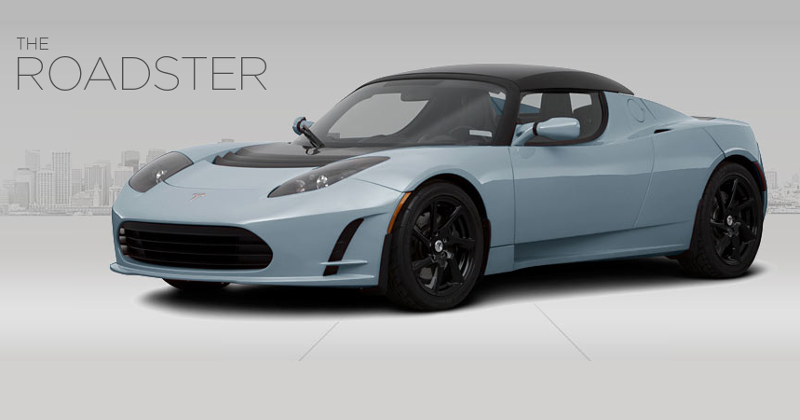 Sports cars: Cars that can be driven and pushed to the limits of what can be done on four wheels. Now, a lot of ideas are probably coming to your mind when you think about those words. But, I bet you weren’t thinking about lithium ion batteries, carbon-free, or environmentally friendly. They don’t even sound like they belong in the same sentence.

Well, here I am, standing in the Tesla showroom, on the occasion of their one year anniversary in Manhattan. ‘Wow’ is what comes to mind! The first thing I noticed was a glass wall, through which I can see their Head Mechanic, William, working in the cleanest garage imaginable. I mean not a speck of dirt. That will not make much sense to you if you are unfamiliar with the car. This garage is lucky enough to never have to see or smell the exhaust fumes, oil leaks or gas spills that are so familiar to the gas combustion vehicles. The Tesla Company is a manufacturer of only premium electric vehicles and not just any electric commuter car, but one seriously fun roadster!
The latest model Tesla, (which I will be getting a ride in shortly), is the 2010 Tesla Roadster Sport 2.0., which goes 0 -60 m.p.h in 3.7 seconds, all with zero-emissions. The sport model indicates a -0.2 second difference in the 0-60, being equipped with a torque motor, adjustable suspension, and forged alloy wheels, equipped with Brembro brakes and performance tires. This car was looking fast already. Even though the car has a low profile there is plenty of leg room, which is soon proven as six foot five, Michael Sexton, Tesla Motors’ Senior Regional Sales & Marketing Advisor gets into the driver’s seat. As I enter the passenger’s side of Tesla Roadster’s cockpit, I am aware of the rigid, but comfortable racing seats. Then I immediately notice the leather and carbon fiber dash and, much to my surprise, the pure simplicity of it. No unnecessary levers, knob or buttons. Nice and simple HVAC buttons, clean looking JVC head unit, and gauges which do not include rpms, gas or oil just MPH and kW. Also there was no shift knob. Instead, there are four buttons reading “P” for park, “R” for reverse, “N” for neutral and “D” for drive. The motor spins up to 14,000 RPM and since there is only one gear in the Tesla’s transmission, it makes it ridiculously fun to drive!

The ride in the Roadster Sport was incredibly smooth, especially considering some of the unsightly road conditions. “Even with the aggressive stance of the car, I’ve never once bottomed-out,” offered Michael. This is an impressive statement from a man who commutes with this car every day. But today, I am here with a team from Global Garden Foundation to interview and report the story (and images) of this four-wheeled “spark of genius”. The rest of the team will follow us in another car and I will have the pleasure of being chauffeured in this stylish roadster as Michael demonstrates the road-ability and technology the makes Tesla so extraordinary. Once driving, Michael begins explaining how its complex computer tamed the electric volts of the 992-pound lithium ion battery pack that propels this car so efficiently. This pack is positioned right behind the driver and passenger seats, which gives the car a 67/33 rear to front weight ratio. This computer is so driver oriented, completely informing you of all you need to know. In fact, it was so intuitive, I began to question if it had a function that reads minds.

There are several different driving modes you can choose from; “Performance Mode”, which, no surprise here, gives you all the car has to offer. “Standard Mode” which utilizes 80% of the battery (the top 10% and bottom 10% are not used at which point the lithium ion batteries are at their happiest). There is also a “Max Range Mode” which adds 25 miles to the total distance making the batteries operate at 100% efficiency by cutting the torque but keeping it agile and still very fast, doing things few other cars can do. Because at Tesla once you’ve got the speed and power, it’s all about efficiency. Another nifty mode is “Valet”. For those of you who have seen the movie “Ferris Bueller’s Day Off”, you know what can happen once you hand the keys over. Tesla’s “Valet Mode” locks the glove box, records PIN defeat attempts and trunk openings as well as limits the vehicles speed. But all Tesla modes, except Valet, still provide that gut-ripping instantaneous torque from the moment the throttle is pushed.

The driver can also see how they are doing their part to help the environment, because the computer displays how much fuel you have saved by driving electric, how much money you have saved to the exact penny, barrels of oil saved and provides you with an efficiency gauge as well. This gauge monitors how efficiently you are driving the car which is important to pay attention to if you plan on taking a long trip. Another handy function is the “Trip Configuration”. Something we’re all accustomed to overlooking for the most part. But in these cars the hours driven, kWs used and left, and miles driven is all information taken into consideration. This computer also has a little something special built right in. This is only handy for those who intend to drive these cars, to the limit. You can actually monitor how many G’s you are pulling in the Roadster as well as how much horsepower and torque you are using. This is the ultimate computer for the ultimate electric sports car.

Tesla also has a Regenerative Braking System which Michael demonstrated when he took his foot off the throttle, the car immediately began to slow, as if engine braking, thus causing power to be regenerated. The regenerative braking system makes this car feel as if driving a remote control car. Push the throttle, it goes. Let it off and it stops. The Tesla can slow to about 3 mph, without using the Brembro brakes which Michael says is one of the things he hears clients love most about the car. It makes driving the car simple and very race oriented. Tesla also did away with power steering. That’s right, no power steering. This gives the driver ultimate and true feedback straight from the tires. It gives it a real good feel for driving spiritedly. I can only imagine how it adds a little bit of confidence in those deep S-turns especially along with the regenerative braking system. I was feeling very comfortable, enjoying our casual ride on the West Side Highway along the Hudson River. Suddenly the traffic parted and Michael seized the opportunity, demonstrating the Tesla’s legendary acceleration power, a blissful smile came across my face as the camera pushed up against my eye, and it struck me… This car is pure fun!

Tesla has plans to introduce its newest Roadster, the 2.5 in early 2011. This car will have the same motor and gearbox, with a few key appearance and handling upgrades. There will be a rear diffuser as well as improvements to the front air dam and, in addition to the already flat underneath of the car, a seven inch touch screen inside, as well as more padding for the seats and positioning for ultimate driving comfort. These changes are like icing on the cake that I’m sure will keep getting tastier.

As our ride comes to an end, this car truly had me speechless. I have always been a car enthusiast who got excited by the exhaust note of a cammed-out engine releasing sweet smells of burning race fuel into the air. That was yesterday. After this ride, if I could buy a Tesla tomorrow, it would not be soon enough. The feeling of all that torque right off the line, still sends shivers down my spine!

Every now and then, an idea comes along that changes the way people think. In 2010, a lot of new ideas are offering green friendly solutions. The Tesla Roadster is not a new comer to green ingenuity but they have made some notable strides which Global Garden Foundation believes are worthy of praise. After personally experiencing a ride oozing fun and volts instead of carbon and gas, I have to agree with Global Garden Foundation’s pick of Tesla Motors as their Favorite Mover and Shaker for 2010!

I would like to thank Michael Sexton for his inspiring interview (and thrill ride), Tesla Motors for designing the most exhilarating high performance electric car and bringing it to New York (511 W. 25th St. | NY, NY 10001) and finally, I would like to thank Global Garden Foundation for providing this amazing opportunity. Together we can all help pave a greener future and, with a car like the Tesla Roadster, the pavement may be hot but the globe will not!

Click here to check out the latest lineup from Tesla..