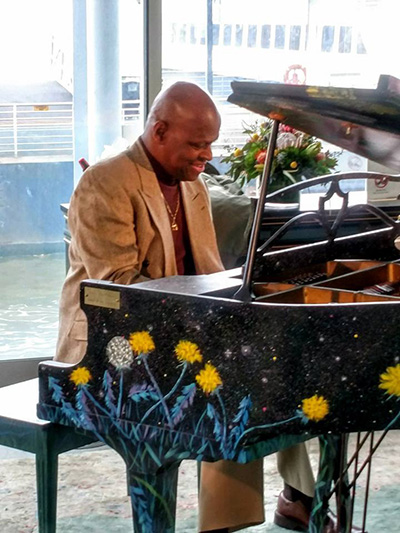 Dennis “Doc” Williams, best know for his work with the O’Jays, performs the first piano concert on this gifted baby grand piano in its new pertinent home at the NY Waterway Ferry Terminal at 39th Street, Manhattan. 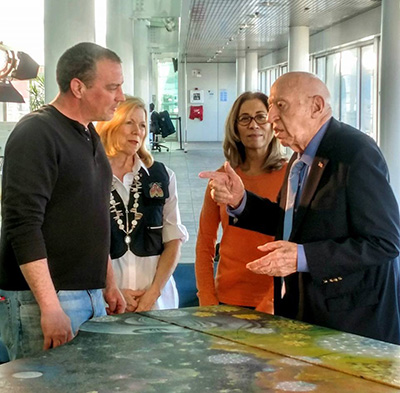 After a season of being enjoyed by residents and visitors, from far and wide, “Music of The Universe”, as titled by its artist and painter, Chris VanVooren, Vice chairman of the Goshen Art League and Vice Chairman of the Greenwood Lake Chamber of Commerce, the pianos are auctioned to help raise money for the next year’s program.

Now in its new permanent home at the NY Waterway Ferry Terminal at 39th Street in Manhattan, this Global Garden gift of “Music of The Universe” a painted baby grand and its story, celebrating music, art and kindness will serve to inspire visitors and travelers for generations to come!
daniel2018-04-01T18:22:48+00:00