The Keys to Kindness

“One Kindness can inspire more than we may ever know and it is our great joy to be a part of this heartwarming story.” ~ Barbara George

On Monday, February 12, 2018, the gift of a Baby Grand Piano will be delivered to the 39th St. NY Waterway Ferry Terminal.

This special occasion will be highlighted by a performance of Dennis “Doc” Williams, best known for his work with The O’Jays, Patti Labelle and The Temptations…Performance starts at 11:00. 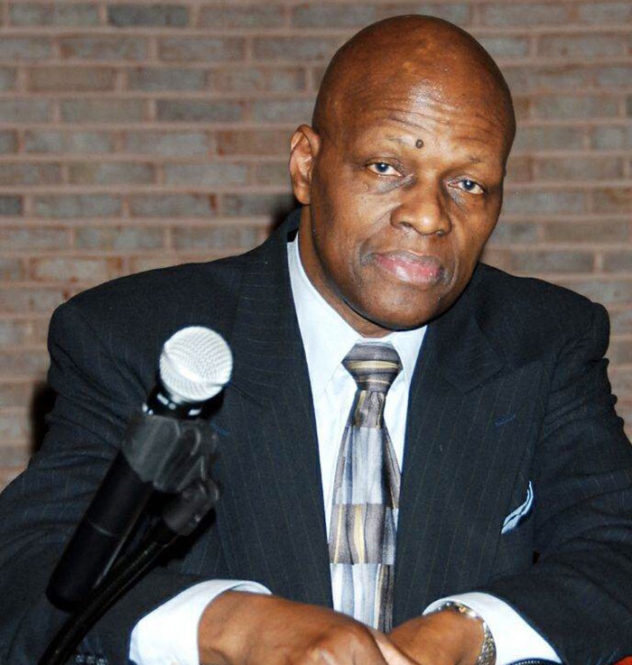 Dennis “Doc” Williams (best known for his work with The O’Jays, Patti Labelle and The Temptations)

The story behind this gift involves many people and places from New York, New Jersey and New Orleans.

But let’s start with the Piano. It was one among several pianos (although the only Baby Grand), that were featured in the Village of Goshen, NY’s ‘Keys of Goshen’ public art and music program, a brainchild of Mayor Kyle Roddey who, in collaboration with the Goshen Art League, began making pianos accessible to all by placing them in various outdoor settings. Each year this program culminates by auctioning the pianos to raise money for the next year’s event. Artist: Chris VanVooren painter of the piano now titled: “Music of The Universe”

In the 2017 auction, the winning bid for this magnificent piano, titled ‘Music of The Universe’ painted by Chris VanVooren, was won by Barbara George the President of the Global Garden Foundation.

The joy of sharing music and the arts with the public and a desire to repay an earlier Kindness was what inspired Ms. George to gift this Baby Grand to Arthur E. Imperatore, the Founder and President of the NY Waterway Ferry. 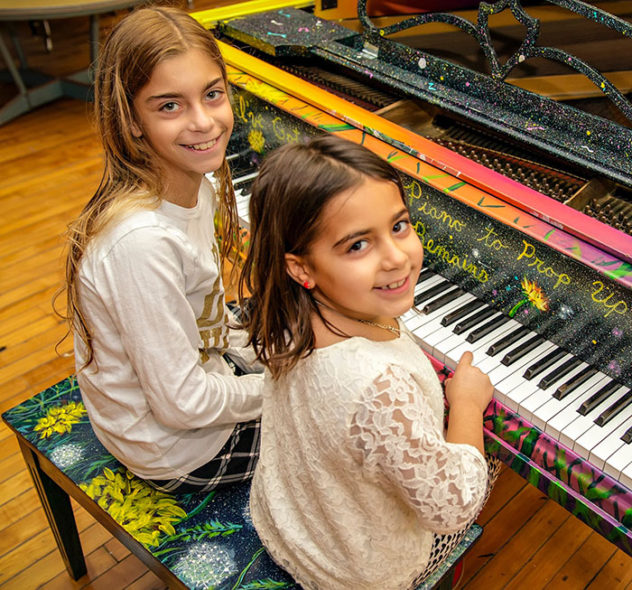 (Left to right) Lucia Marie Fini and Alessia Nina Fini, two daughters from the family who originally donated the piano to the “Keys of Goshen”.

The Earlier Kindness That Inspired This Gift:

In 2009, Mr. Imperatore offered the Weehawken Terminal as a venue for the Global Garden Foundation to present their concert and auction to raise money to help the continuing effort to rebuild New Orleans post Katrina.